Russia invaded Ukraine on February 24th, and since that, they have destroyed cities and taken countless civilian lives. The ongoing war has brought on the worst humanitarian catastrophe in Europe since World War II. We must show our continued support for Ukrainians fighting for the future of not only their homes but for all of Europe.

More than 3.6 million people have fled Ukraine, and 6.5 million (source UN) are displaced inside the country. People escaping the war are arriving in Poland, Romania, Hungary, Moldova, and Slovakia – countries not equipped with a steep influx of refugees. Approximately 10% of the people in Warsaw are Ukrainian refugees.

Criminal gangs are operating in all these nations, waiting to traffic people across Europe into the hands of exploitative industries around the world. Even if women and children find safe housing, they face challenges in their education, employment, health and general safety - both in the short and longer term.

Garage48 has been organizing projects in Ukraine for the past ten years. During that time, we've been focusing on supporting the development of the country's entrepreneurial mindset and startup ecosystem. It has been amazing to see the transformation of Ukraine. The former Soviet country has turned into an actual buzzing startup hub, full of tech talent and creative ideas. All of it has been disrupted and put on hold with Russia's invasion.

We held our first hackathon in Ukraine in 2012. The Ukrainian government supported the IT sector, the quality of the technical education was remarkable, and everyone seemed to share the same dream – to become an entrepreneur. Ukraine was a great place to start a company, and the people we met left a strong mark on our hearts.

Every year, we kept coming back with various projects – hackathons, makeathons, and entrepreneurship programs for women and youth. We were determined to continue coming back and supporting the entrepreneurial community.

Two years later, in 2014, Russia invaded Ukraine and temporarily occupied Crimea. It left more than 2 million people in vulnerable conditions. Women were affected most deeply. In 2019, we developed the Empowering Women Entrepreneurship Programme with the Estonian Refugee Council and our local partner Unity For The Future Charitable Fund in Zaporizhzhia. Since then, this program has been growing each year, welcoming close to 500 participants and has supported the creation of 29 women-led businesses in eastern Ukraine in only 2 years.

The program was designed for women living in the five eastern oblasts of Luhansk, Donetsk, Zaporizhzhia, Dnipropetrovsk and Kharkiv, whose lives had been torn apart by the Donbas war. Some women had lost homes and relocated; many had lost their husbands and carried a heavy burden of providing for their families.

Many women faced the daily threat of war as they continued their everyday lives in the towns and villages which were part of the contact line. This "line" of military trenches and minefields separates the government-controlled area from the non-controlled in Luhansk and Donetsk oblasts, where the war hasn't stopped since 2014. It might look like a frozen conflict to many who were witnessing it from the outside, but it has been a grim reality for those living it daily, refusing to leave behind their homes.

Despite these circumstances, this program has had a 100% success rate. All 29 micro-and family businesses created by the women that took part in the 2019 and 2021 editions of the program were actively operating when we revisited them in January 2022. Not only did these women provide for their families, but they had also created additional jobs and therefore supported the economic rebuilding of their local communities. Now, their lives have been torn apart again. 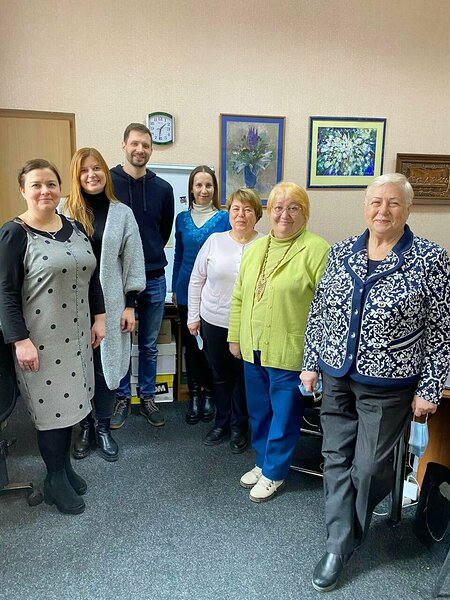 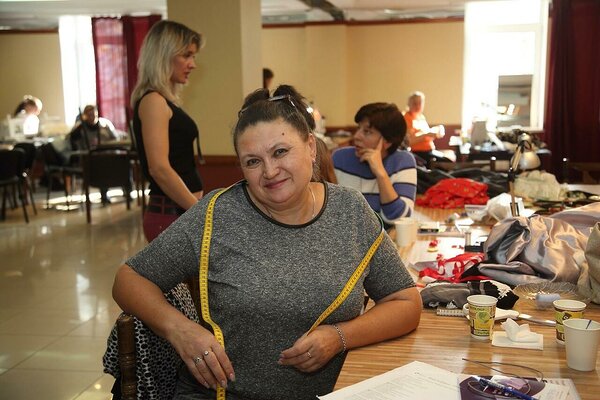 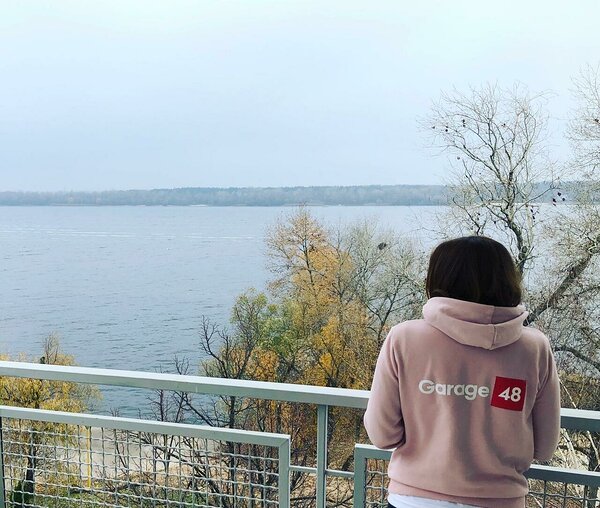 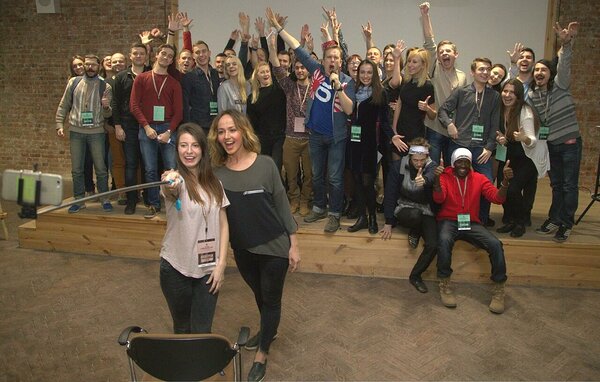 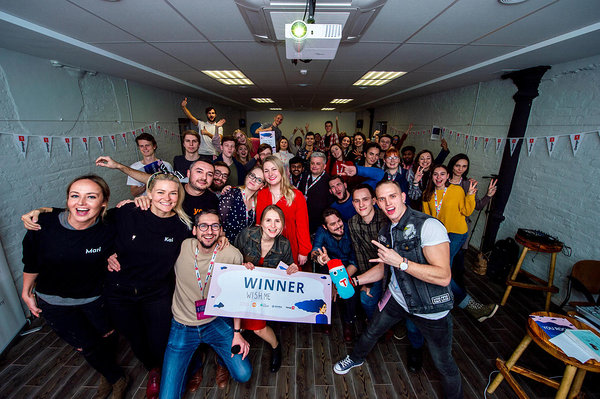 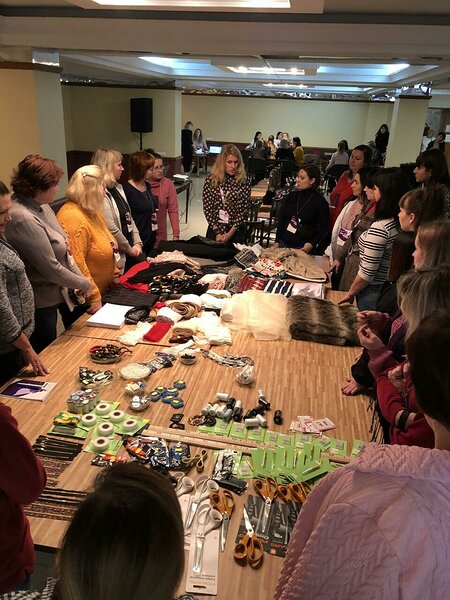 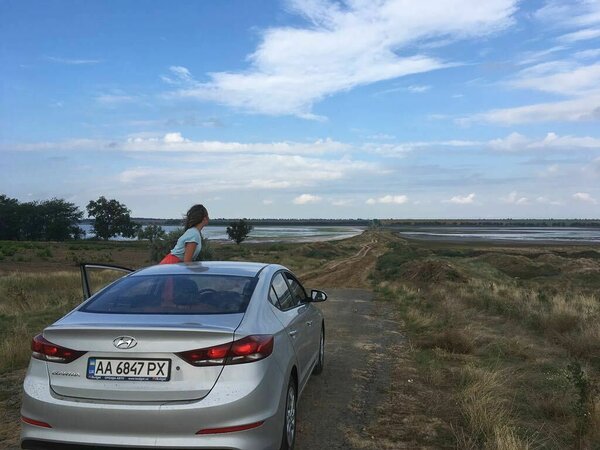 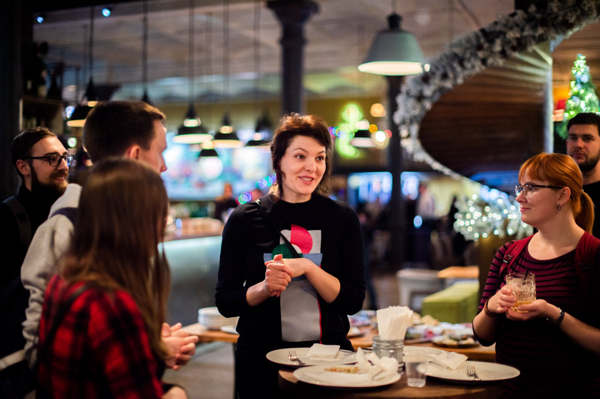 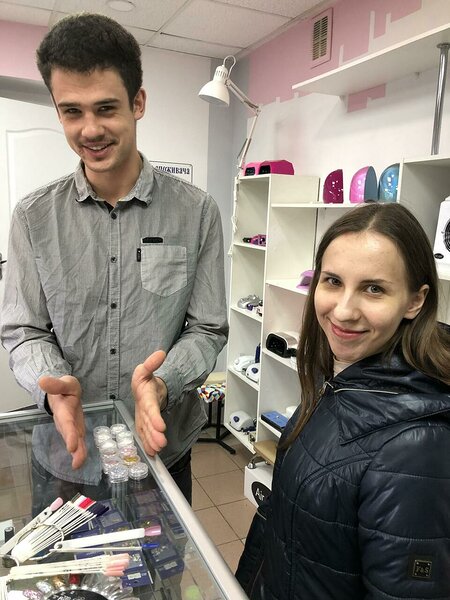 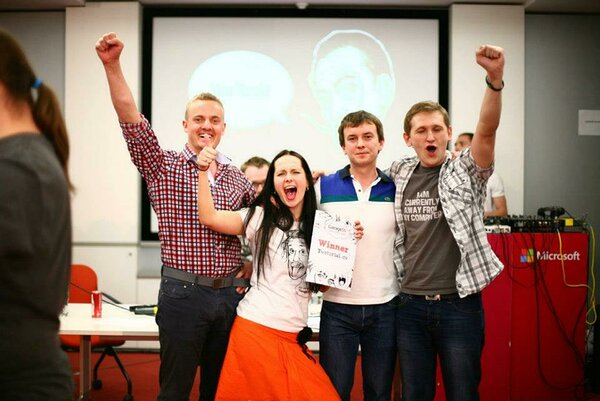 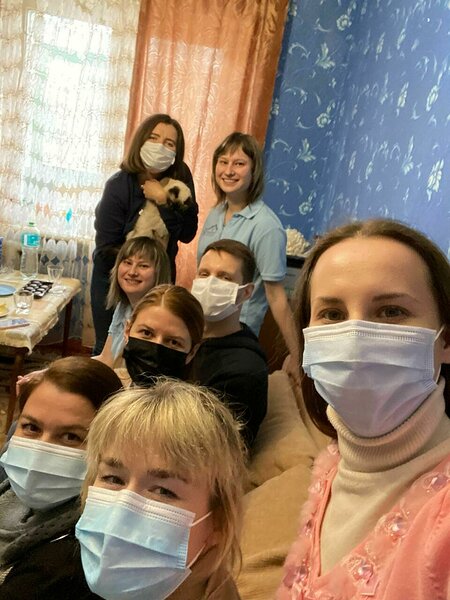 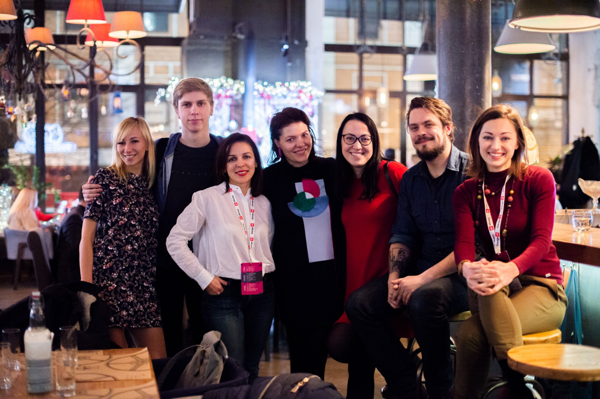 The Russian army has destroyed the shop of one of our participants in Shulginka village. Several teams are surrounded by Russian forces in Mariupol. Anastasiia, the founder of “Nail Studio”, spent several days under shelling in Volnovakha where all the houses are destroyed by now. People took shelter in the bunkers and basements without water, food or electricity for days. Anastasiia managed to escape and find refuge with Olga, a fellow participant in the program.

Valentina Naumovich and her team Всiм добра opened up a sewing atelier in 2019 two kilometers from the contact line in Volnovakha city in Donetsk oblast. They have become so much more than just a sewing atelier. Всiм добра has created new jobs and is the only place in the town which repairs the clothing of the military personnel. The residents of the city often come here to discuss their future plans and get some encouragement as Valentina is actively supporting other women on their journeys towards entrepreneurship. Valentina and her team were back to participate again last year with new ideas on how to improve the livelihood in their region. Recently, we received the horrible news that Valentina has been kidnapped by Russian army members.

Life has been turned upside down also for our partner in Zaporizhzhia. Запорізький благодійний фонд "Єдність" за майбутнє" / Unity for the Future Charitable Fund has been working to support women’s rights and entrepreneurship in the eastern Ukraine region for many years. Since 2014, they have been allocating humanitarian aid and supporting people in need with a wholehearted and personalized approach. In collaboration with the Estonian Refugee Council, they provided entrepreneurial grants to women for many years on their own before the entrepreneurship program started.

Today, Tamara, Lidiia, Oksana, Maryi, Raiisa and Felix are providing humanitarian aid in the eastern region of Ukraine. They work relentlessly between seeking refuge in bomb shelters. The local humanitarian aid network now includes many of the Empowering Women Entrepreneurship Programme participants and their families. This is provided with the funds through our dear partner Estonian Refugee Council who is gathering donations that make their way to help on the spot, including the besieged city of Mariupol.

Empowering Women Entrepreneurship Programme participant Olga shares her work in providing humanitarian aid during the past weeks in eastern Ukraine.

It's difficult to look at the war and its catastrophic effects on the lives of the individuals whose lives we’ve managed to somewhat stabilize through years of hard effort and their own perseverance. It's difficult to see Ukrainians as refugees or Ukraine as a hotspot of war. While we hope there's an end to it soon, it's clear that even the consequences of this one month of attack and destruction will take years to restore and rebuild. Ukrainians have shown the whole world how fiercely they fight for their home, for their independence and their nation.

We will do all it takes to support Ukrainians on their road to recovery, once the time is there.

Empowering Youth vol 5 brought together ambitious youth from Moldova and Ukraine
The fifth edition of Empowering Youth is officially wrapped up! We had a lively Mentors’ Mast...
Read more →
24 women led businesses are setting their foot down in eastern Ukraine
For the second time, the Estonian Refugee Council, Garage48 and Unity for the Future Charitab...
Read more →
The empowering women of eastern Ukraine have stepped up on the road of becoming entrepreneurs
For Nov 11-17th the Garage48 women’s event series and our makeathons history came together fo...
Read more →